Pest Control Specialists are experienced in ant extermination and ant control methods in Napier, Hastings, Taradale and throughout the Hawkes Bay and Manawatu. If you need help or advice just give us a call on 0800 737 872 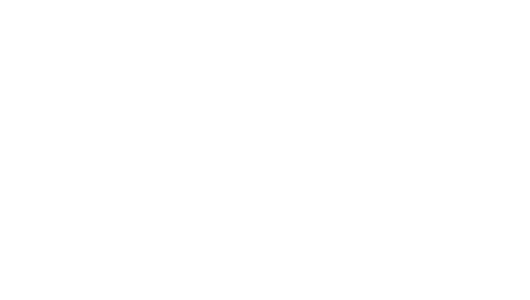 There are over 30 species of ants in New Zealand and more than 20 of these species are introduced. Many invade homes and other buildings in search of food, warmth and shelter. These include Darwin ant, Argentine ant and White footed house ant.
Ants often nest in sandy soil, in the foundations of houses or under paving. Here they usually cause little harm. Problems occur when the ants nest within a building or enter buildings foraging for food or climb onto your barbecue, becoming a nuisance and contaminating food. Ants will often form trails from the food source to the entrance of their nest. The food of ants can include both sweet and savoury foods depending on species and time of year. For most species, colonies begin when a single winged female lays her eggs. She will tend and feed the larvae that emerge for approx. 8-9 weeks. When the adult ants emerge they become workers for the new Queen. These workers will tend the Queen and subsequent larvae, as well as foraging for food. Food sources may include nectar from flowers, dead insects, sweet secretions from green fly or your jam sandwich. Mating usually takes place in late summer when males and large females take wing; they can form large swarms, which usually last for 2-3 hours. All males die, leaving mated females to found new colonies.

My Home: I live in a colony, which can be in an anthill in the ground, a rotted log, an infested structure such as the foundation of a home or tree.

What I eat: My jaws open sideways like scissors. I cannot eat 'whole' food, but instead use my jaws to squeeze out the juice and throw away the hull. I eat almost anything, from other insects to vegetation.

What I look like: I have six legs and two eyes: which are made up of many smaller eyes (or lenses). I have two stomachs: the first for my food, the second I use to feed other ants. I have two antennae that I use for smell and touch. The queen ant has wings and so do the male ants, both for a short time.

How I am born: I have four stages of development: egg, larva, pupa and adult. The queen in my ant colony lays thousands of eggs. Worker ants take care of my egg until it hatches. I will live 45 to 60 days.

Darwin Ants are small (2-3mm) brown ants that have become established in Christchurch and other parts of the country as a pest of our homes, shops and other buildings. It's distribution is rapidly expanding and it may form 'super' colonies where many nests are part of the same colony and workers from one nest can move to another. Darwin's Ant came to NZ from Darwin in Australia and has found the environment in NZ to its liking. In NZ it forms much larger colonies than in it's native Australia. It can be distinguished from a similar looking Argentinean Ant by its pungent smell when squashed.

Argentine Ants are an invasive species in New Zealand It is a much more common pest in the North Island of New Zealand. Argentine Ant nests should not be treated with insecticide as this may only serve to disperse colonies and spread infestation. A specialized bait developed by LandCare Research is the preferred option for control of these ants. The Yellow Crazy Ant, Crazy Ant and Red Imported Fire Ants are a quarantine threat to New Zealand.

Identification is vitally important to control ants, as the methods must be tailored to the ant species involved. Incorrect control methods may only serve to exacerbate the problem as in spraying an Argentinean ant colony with insecticide. Because of the 'hidden' locations of nests, ants can be difficult to control. Nests can often be located outside, under slabs, tarmac or concrete, with little or no evidence of their presence. The entrance to a nest can be established by leaving some fine breadcrumbs where you see ants. One can then follow the ants as they carry the crumbs back to their nest. Treatment at the entrance alone is rarely successful and treatment of a nest site may encourage multi-queened colonies to disperse and spread infestation to surrounding sites as in Argentinean Ants.

Ants have the largest brain of any insect.
The combined brain cells of a colony of ants have about the same number of brain cells as a human.